Mantra is a series of words in the form of chanting prayers and hopes containing supernatural powers used to achieve certain goals. It is considered a part of the literary work of culture and presents in various aspects of life. In Mandar, mantras are often said by spellcasters. This study tried to narrate the role of women who cast a spell (positive) in preserving the ritual traditions of religion and culture in their daily lives and their existence as spellcasters. The research adopted the ethnography method. Data were obtained through interviews, discussions, observation, participation, and documentation in the form of notes, amulets, ancient manuscripts, photographs, and some other supporting data. The research was conducted in Polewali Mandar, West
Sulawesi, where many women are part of society who are still chanting spells both orally and in writing. The results showed that mantras preserve their existence as they are passed down from generation to generation to formulate the future identity of the Mandar tribe. 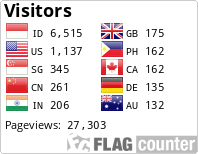